PCJSS protests against entangling it in temple arson attack in Bilaichhari 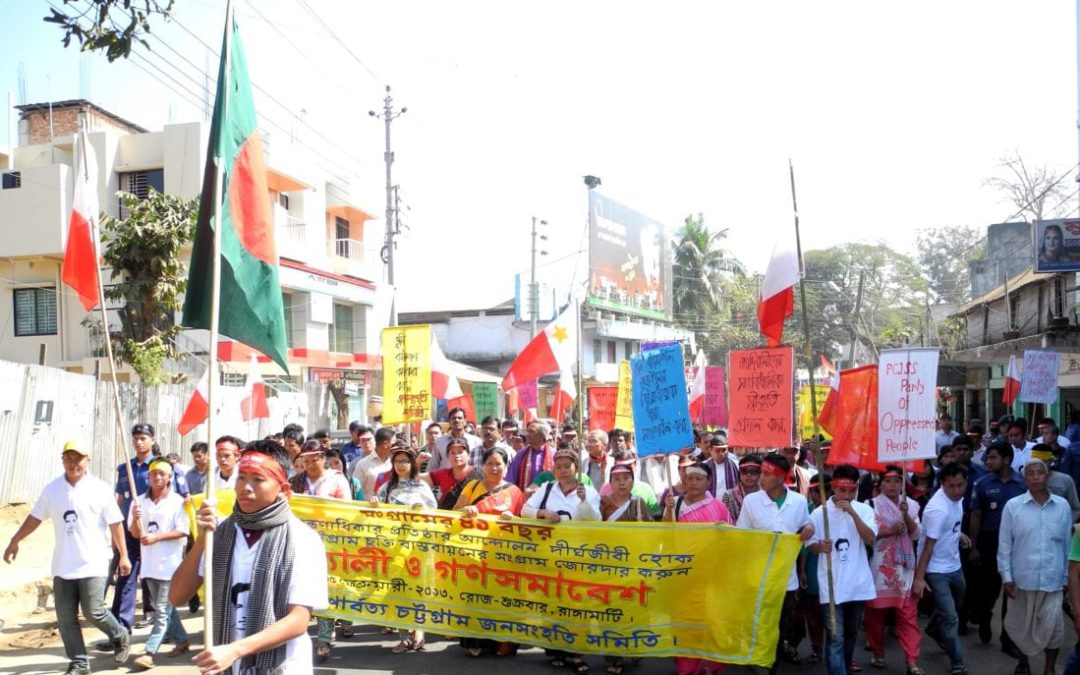 Parbatya Chattagram Jana Samhati Samiti (PCJSS) protests against the attempt to entangle PCJSS in the burning of a Buddhist temple called ‘Dhupshil International Bidarshana Bhabana Kendra’ run by Dr. F. Dipankar Mahathero located in the village of Dhupshil under Ward No. 7 of Bilaichhari Sadar Union of Bilaichhari Upazila under Rangamati Hill District on 15 May 2020 at around 9:30 pm.

In a press release dated 17 May 2020 signed by Sajib Chakma, Assistant Information and Publicity Secretary of the PCJSS, it is said that reports have been published on parbattanews.com, chttoday.com, chttimes24.com, tathagataonline.com and nivvanatv.net including various national dailies and online news portals, involving PCJSS in the blaze of the temple.

Such allegations against the PCJSS are completely baseless, imaginary and politically motivated. There is no question of involvement of  PCJSS and any of its workers in the incident, says PCJSS.

PCJSS is of the opinion that the incident was carried out by a special vested interest group as part of a deep conspiracy against the implementation of the Chittagong Hill Tracts (CHT) Accord of 1997 and the image of the PCJSS including its leaders and activists.

It is also mentioned that the various activities and statements of Dr. F. Dipankar Bhante have caused controversy in the area from the very beginning and created various confusions and divisions among the people of the area.

PCJSS demands a proper investigation into the incident and exemplary punishment for the culprits and an end to all forms of propaganda and conspiracy to implicate the PCJSS in the arson attack on the temple.