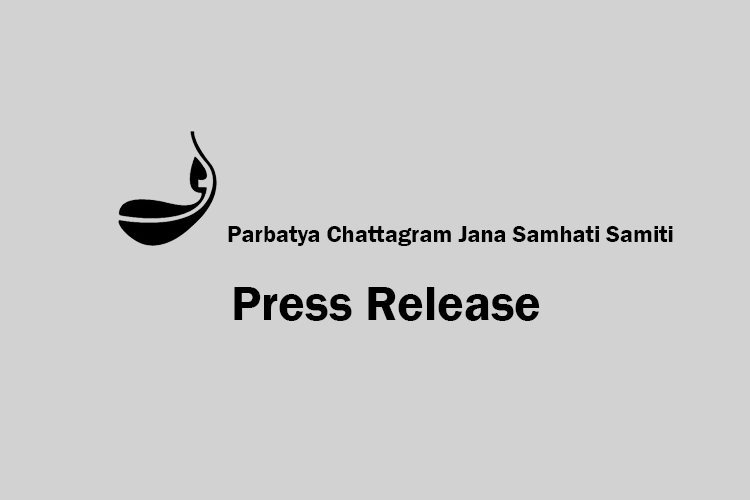 The recently articulated poster titled: “What kind of brutality of JSS terrorists is this!” published and articulated by the Circulation & Publication Department of Rangamati District Awami League has drawn notice of the PCJSS. In the poster, the PCJSS has been held responsible for ‘inhuman and cruel torture meted upon Rasel Marma on 5 December 2017 in Bilaichari and ‘killing of Arabindu Chakma’ in Jurachari and ‘brutal attack upon Jharna Chakma’ on 6 December 2017.

In a press release on 7 January 2018 signed by Assistant Information and Publicity Secretary of PCJSS Sajib Chakma, PCJSS expresses strong condemnation and protest against such a conspiring poster publication and circulation of the Rangamati District Awami League with an ill intention to confuse the public opinion and degrade the PCJSS image by harboring baseless and fabricated allegation against the organization.

PCJSS is a political party of the permanent hill residents of all walks of life dedicated to the cause of rights and engaged in the democratic movement for implementation of the Accord. The Rangamati district Awami League leadership should not forget the point that no predecessor has ever achieved success in securing their ‘Blue Print’ by terming the PCJSS as ‘Illegal Armed Terrorists.’ On the contrary, rather it has been the PCJSS that could earn faith and acceptance all along at national and international in levels as a political party truly represented and dependable platform in struggling for rights of the deprived and excluded people of CHT. Therefore, PCJSS calls upon the Rangamati district Awami League leadership to abstain from such reckless political conspiracy and propaganda and to withdraw the conspiring posters published for achieving mean objectives.