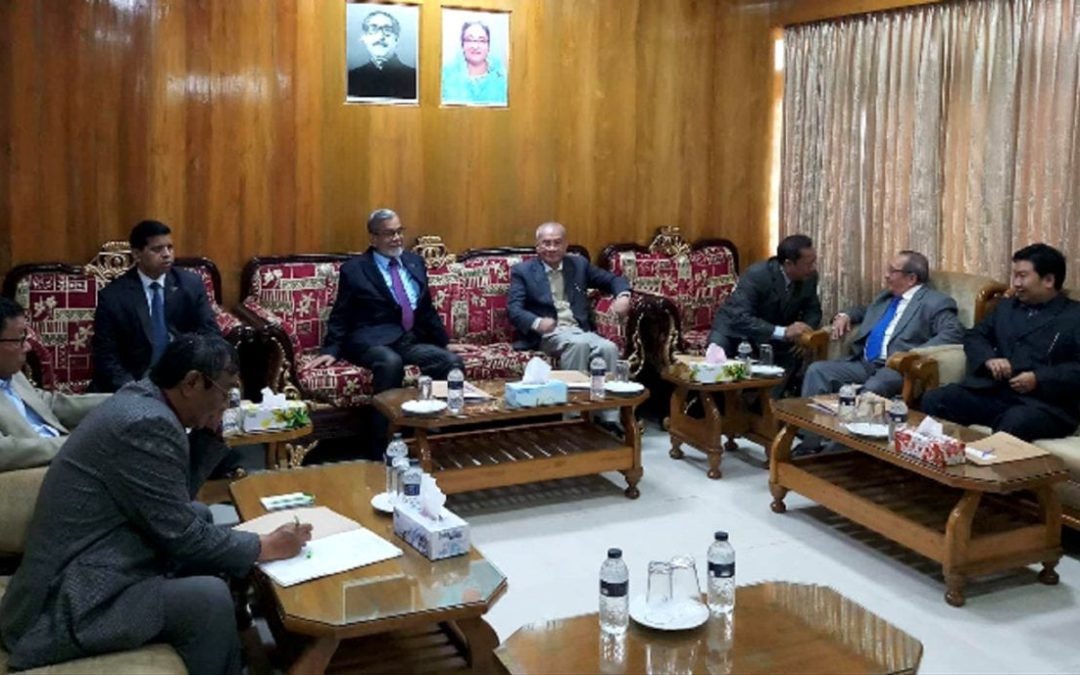 The meeting began at 11:00 am with the discussion on formulation of Rules of Land Commission. Besides, the other issues discussed in the meeting were: hundreds acres of lands forcibly occupied by ‘Laden Bahini’ in Bandarban Hill District; forcibly establishment of army camp at the Buddhist temple premises at Sijok Mukh of Baghaichhari Upazila under Rangamati Hill District; settlers’ attempt of land occupation at so-called Sonamia Tila at Babuchara of Dighinala Upazila of Khagrachari Hill District; and the communal and anti-CHT Accord directives dated 1 November 2019 of Ministry of CHT Affairs titled: “On Present Attitude of Security Forces & Civil Administration towards ordinary Bengali community people & Bengali regional organizations and possible long-standing impact” issued as per the circulation of the Intelligence Department of Armed Forces of the Prime Minister’s office. At last, the meeting concluded with the decision of holding the next meeting of the Commission in Bandarban on 3 February 2020.

It is noteworthy to be mentioned that the Bengali settlers, in a gathering organized under the banner titled: ‘Parbatya Chattagram Nagorik Parishad’ at Banarupa of Rangamati town on 21 December 2019, had already declared their barricade program of Land Commission chairman and members attending to Land Commission meeting to be held on 23 December 2019. Accordingly, the settlers had put barricade across the road and begun shouting slogans against the Land Commission at Public Health area since early in the morning

Under this circumstance, while the CHT Regional Council Chairman from his Kalyanpur residence was on the way to the venue, got stuck to the barricade of the settlers. Following this, as the Chakma Circle Chief had started from his Rajbari residence, also got stuck to barricade of the settlers. On the other hand, while the Land Commission Chairman was on his way to the venue from the circuit house, also got stuck to the blockade and came under the seizure of the Muslim settlers. Thus, while being under seizure and barricade, through having contacts with the Ministry of CHT Affairs, higher-ups in Dhaka, Deputy Commissioner of Rangamati, Superintendent of Police and other authorities, the Land Commission chairman and members were able to become free from barricade and reached the meeting venue after almost an hour.

It is further to be mentioned that despite the Bengali settlers’ well in advance declaration of their program to barricade the Land Commission chairman and members and even though the settlers while aboard in vehicles were shouting slogans against the Land Commission and uttering provocative, communal and threatening speeches with loudspeakers since that morning, no security measure was undertaken on part of the administration and law & order authorities. Even no police force was deployed at the points adjacent to the barricade site wherein barricade was being erected since early in the morning. Whereas many personnel of intelligent agencies were present in the Bengali settlers’ barricade site. It has become crystal clear that without fanning and cooperation of administration, security and law enforcement authorities, the Bengali settlers would not have been able to enforce barricade and to blockade the convoys of the Land Commission chairman and members under the eyes of the administration and law & order forces in such unabated manner and without any hindrance.

It is to be mentioned that the land problems in CHT became complicated as a result emanating from the process involving transfer of Bengali Muslims from plain lands under government sponsor in 1980s and settling them in the lands and homesteads of Jumma people; illegal occupation of lands of the Jumma people by the settlers; giving illegal settlements to the Bengali settlers, inciting the Bengali settlers in communal attacks to evict Jumma people from their homesteads and lands, etc. It was for the purpose of retrieving the dispossessed lands of the Jumma people from the illegal occupiers, the provision for formation of the CHT Land Dispute Resolution Commission was formulated in the CHT Accord of 1997.