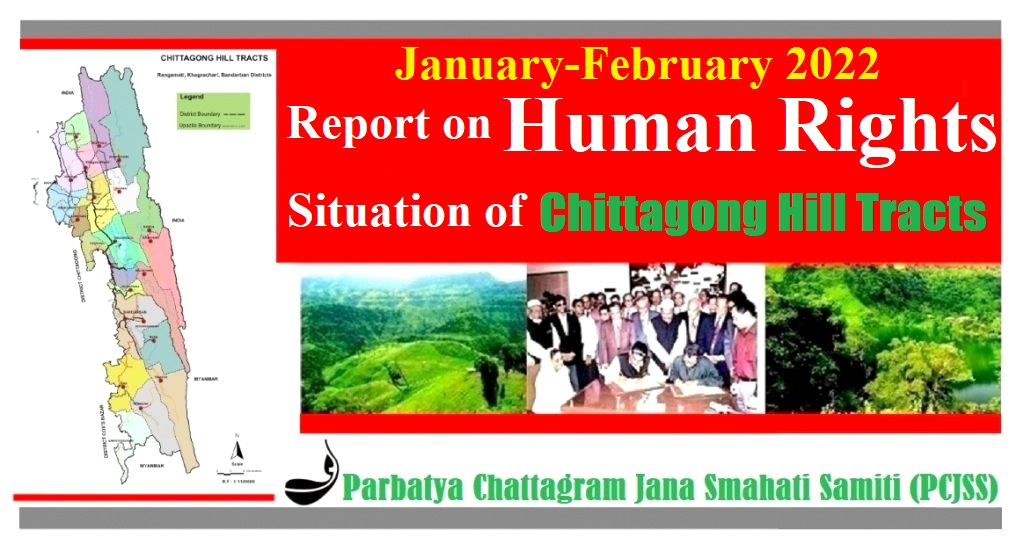 It is as clear as the day light that today, the government of Bangladesh, alike the earlier military dictators, has been following the wrong policy through imposing military means and might to secure so-called solution to the Chittagong Hill Tracts (CHT) crisis, instead of political and peaceful means. Though it passes 24 years after signing the historical CHT Accord, the government did not implement the core issues of the accord and sincere initiative to that end is noticed to be absent in the totality, even to this day. The present government of Bangladesh lead by Sheikh Hasina, one of the signatories of the accord, has put the accord implementation process to a total halt despite being in the power for 13 years at a stretch. Whereas, the government while adopting Goebbels’s propagation policy, is continuing with utterance of flat lie stating that it has been implementing the accord and has also kept the development ebb tide no-stop in the hills – obviously, an ill intention. Not only so, at present the government has been continuously executing various conspiring plans and programs that stand counter to the accord and interest of the Jumma people violating the terms of the CHT Accord. Having the already set terms of the accord trampled down, it is through massive construction of infrastructure and execution of various so-called development projects, the Jumma people are being gradually evicted from their lands, ruined economically and including getting them more and more marginalized, are being pushed to an uncertain future.

The situation of CHT has now developed to an explodable phase. Within so long span of 24 years, without implementing CHT Accord, the justified charter of rights of the Jumma people and in place, having the rights of the Jumma people trampled down, they have been driven towards extreme uncertainty. Having created armed terrorist and communal groups and by setting them face-to-face with the Jumma people and implementation issue of the accord, a conflicting situation has been created thereby. On the other hand, filing false cases and harassment and threatening, the leaders and activists of PCJSS, which comprises one of the signatories of the accord, have been obliged to desert from their localities. Consequently, again, they are being pushed to go underground. As a result, the situation of CHT may be ascribed to have taken the form that would exist during pre-accord era.

Military campaign along with military supremacy and activities involving oppression and tyranny has remained unchanged even over the last two months of January and February. By the time, the army has committed at least 28 incidents of human rights violations. Within the said period, the allegations include: 8 military campaigns and searches, 3 person killings, 17 innocent people beaten and tortured, 7 public representatives taken arrested, 18 people detained, 1 person injured, 11 people harassed and threatened, 10 houses searched, 22 people fallen prey to fabricated cases and 2 incidents of indiscriminate firing. Besides, army authority and activities have been extended to every nook and corner of CHT.

The army, having conspiring discussion held with the terrorists belonging to Reformist group, UPDF (Democratic) and Marma Liberation Party (known as Mog Party), has employed these groups against pro-accord PCJSS leaders, activists and supporters to kidnap and kill them. Within January-February’22, as per the report, 3 were killed, 15 were kidnapped and released after realization of ransom, 4 were fallen prey to beating and threatening, 1 was attempted to kill and 4 houses were searched by these armed terrorist groups. It was learnt that a group of the Mog Party armed terrorists were taken to Taracha union under Rowangchhari Upazila and deployed there for engaging them to carry out terrorist activities including killing, kidnaping etc.

In January-February, in two different events, 3 innocent Jumma villagers were victimized of beating and an attempt of forcible land occupation by Bengali settlers took place. Besides, 2 Buddhist monks of CHT fell prey to attack. Of them, one was brutally killed in Khagrachari while the other one was killed in Chittagong. Both the incidents of assassination are estimated to have been conducted by the Muslim settlers and Islamic militant groups.

Matter of more concern is that allegations reveal that the local Jumma inhabitants living in various places under Ghundhum Union of Nakhyangchhari Upazilla of Bandarban hill district are being subjected to multi-faceted harassment and torture by the active Rohingya Muslim armed militant groups of ARSA and RSO along the international border lines. Hence, the Jumma inhabitants dwelling along the border lines are passing their days in extreme worry and concern.

There were also allegations of illegal extraction of sand, stones and smuggling of timber from Alikadam and Sadar Upazila in Bandarban by a group of vested interests. It is also alleged that at least 15 children have died of pneumonia due to lack of proper medical care in three hill districts in the month of January.