PCJSS publishes leaflet on the occasion of mourning 10th November 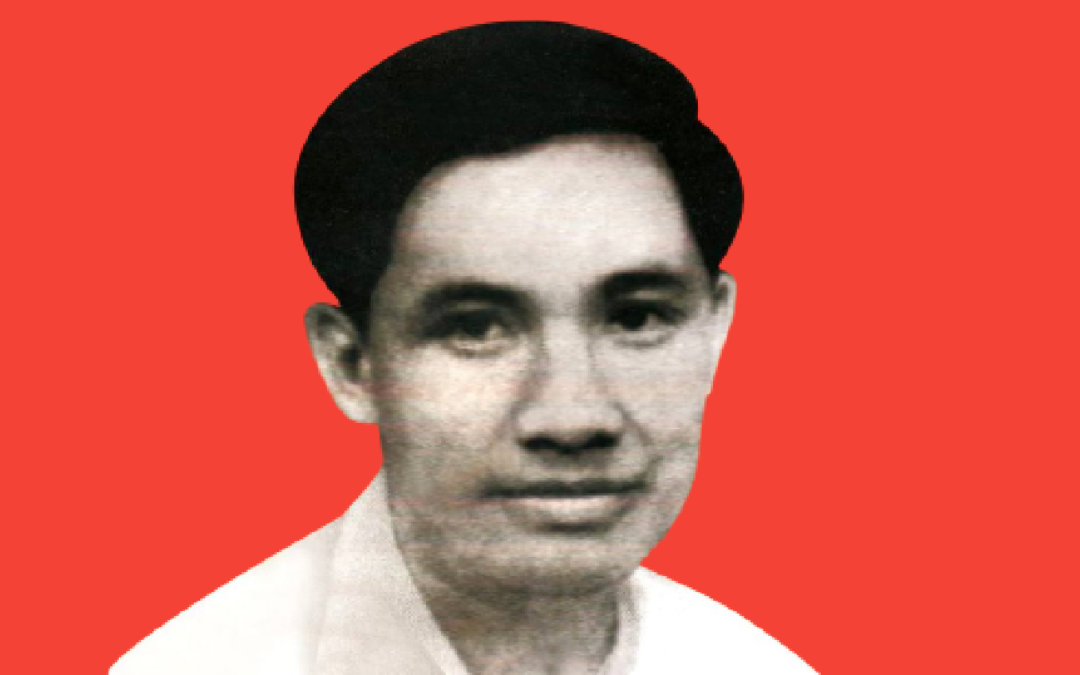 On the occasion of the 38th death anniversary of the great revolutionary leader Manabendra Narayan Larma and Jumma National Mourning Day, the Parbatya Chattagram Jana Samhati Samiti (PCJSS) has published a leaflet on 10 November 2021. In the pamphlet, the PCJSS has called for greater movement for implementing the CHT Accord as well as realizing the right of self-determination by strengthening the national unity and solidarity. Full text of the pamphlet of PCJSS is given below as it is-

PCJSS’s Leaflet on the Occasion of 38th Death Anniversary of

Today is the saddened 10th day of November. This day marks as the National Mourning Day for being the 38th Death Anniversary of Manabendra Narayan Larma, former Member of Parliament, founder of the Parbatya Chattagram Jana Samhati Samiti (PCJSS) and pioneer of Jumma National Awakening. For the Jumma people and also for all the suppressed and oppressed peoples, the day is of profound sadness and significance. On this very day in 1983, the loving soul of Jumma nation, great revolutionary leader Manabendra Narayan Larma (M N Larma) along with eight co-fighters embraced martyrdom on receiving bullet-hit injuries at wee hours during a treacherous armed attack of Giri-Prakash-Deben-Palash clique – an opportunist, ambitious and power-monger gang hidden in the party.

At the point of time, when the Jumma people speaking in difference languages was about to get ceased of their national entity and existence of their birth land, right at that moment, M N Larma by fiery spell of liberation, awakened and united the Jumma peoples in spirit of progressive Jumma nationalism. It was under his leadership, PCJSS – the one and only battling political party came into being. Today, he is no more amidst us. But his struggling spirit and thought and his imitable illustrations of work – an anthology is a precious asset to us and will remain as travelling support to the freedom-loving of the world including the Jumma peoples along their path of revolutionary struggle.

Hundreds of activists and war heroes have sacrificed their invaluable lives in the face of fierce hostilities arising out of armed struggle led by PCJSS over the prolonged two and a half decades. Alongside the armed struggle, enumerable souls embraced heroic martyrdom by finding themselves among the ranks in the then running movement of the mass people. Many revolutionaries and right activists have laid their lives under brutal attacks of the army and the state-sponsored terrorist groups even after signing of the Accord between the government and PCJSS in 1997.

Today, on this national mourning day, with profound reverence, PCJSS commemorates the great martyrs including M N Larma, their precious contribution and immortal self-sacrifices. Besides, PCJSS also pays highest tribute to the activists and strugglers who have accepted their lives with disabilities after having undergone indescribable atrocities in different imprisonment. Innumerous women and children are being obliged to pass their accursed lives for having been victimized under brutal and merciless tortures. PCJSS, with due respect, recalls the invaluable sacrifice and contribution of all those workers and individuals and conveys deep sympathy and fellow sentiment to the bereaved families.

Today, the clique of traitors, power mongers, national black sheep and defectionists have though been thrown into garbage of the history yet their heirs, national traitors and defectionists have remained active. Under the army and of course, state sponsorship and patronization, likewise the defectionists Giri-Prakash-Deben-Palash clique, having organized in various names and styles, an ill-effort has been being exercised to thwart down implementation of the CHT Accord and the Jumma People’s movement for right to self-determination over the last post-Accord period. Even a few evil spirits of defectionists, using the name of deceased Leader M N Larma, formed so called political party and has been perpetrating suicidal conflicts among the Jumma people. In this situation, PCJSS urges to all to stand together and resist the terrorist activities of the state force and state sponsored new defectionists and terrorist groups by launching all possible political and organizational means; as it had been done against the defectionists after 10 November 1983 through all out striking that determined their complete eradication and throwing into dust bin of the history.

In consequence to the movement for self-determination built by M N Larma, the CHT Accord was signed in 1997 with an aim at resolving the CHT crisis by political and peaceful means. After the Accord, though several sections and sub-sections were implemented, yet two-third sections of the Accord have been left unimplemented. The Sheikh Hasina-led Awami League government, the authority, which had entered upon the Accord with PCJSS in 1997, it is that very government though has remained in the state power for 13 years since 2009, has not yet paced forward to implement the core issues of the Accord. As a result, the crisis is getting more and more complicated further, let there be desired political solution of the CHT crisis alone. It may be said that the present situation of CHT has almost receded back to the pre-Accord period.

The present government, in place of resolving the CHT crisis through proper implementation of the Accord, has adopted military means following the foregone dictatorial rulers. To that end, the government has intensified militarization through the CHT region. Wide range of ill propagation and conspiring programs have been accelerated with a view to identifying the people and organizations including PCJSS, its activists and supporters engaged in the movement for proper and full implementation of the Accord, to be ‘terrorists,’ ‘extortionists’ and ‘armed miscreants.’ Programs designed to anti-humanity and anti-interest of the Jumma people have been escalated amidst army campaigns in nook and corner of CHT, searching houses, arrests, extra-judicial killings, filing up fabricated cases, infiltration of outsiders, forcible occupation of lands, anti-Accord propagation and so on.

Despite vehement opposition of the Mro indigenous people including strong protestation at home and in abroad, construction of Five Star Hotel and Amusement Park at the pick of the Chimbuk Hill has been kept continuous by the army. The Rohingya refugees while deserting from their camps in Cox’s Bazar district, are infiltrating into different pockets of Bandarban Hill District. On the other hand, on the pleas of various developments, namely, tourism, road construction, camp establishment and expansion, the army has been conducting drive of forcible land occupation from the Jumma people and providing support to the Muslim settlers in carrying out communal attacks and using the Muslim settlers against the CHT Accord under the banner: “Parbatya Chattagram Nagorik Porishad” (Chittagong Hill Tracts Citizens Council), which was organized by dissolving all organization of the settlers.

It is trendy that the Jumma peoples are being pushed away by trampling the CHT Accord, as what had been done in early 1970s. Instead of resolving the CHT crisis through implementing the CHT Accord by peaceful and political means, the present government while following the ill-policy of the preceding dictatorial rulers, through assertion of wide-scale militarization and fascist-way suppression and oppression; through development engineering by implementing the so-called development programs; through eviction of the Jumma people from their ancestral lands; through coercion of Muslim Bengali culture upon the Jumma people; through infiltration and settlement of outsider Muslim community and over all, through conducting programs of anti-Accord and anti-interest of the Jumma people; the present ruling class has been executing its conspiracy to eradicate the Jumma people racially.

The Jumma people have proved themselves to be right-loving and struggling. The Jumma people possess a bright history of prolonged struggle. As they are strugglers, they have not lost them in the dark whole of the history amid myriads of hostilities. Amid tens of thousands of obstacles, still the Jumma people are with great potentials. They are seasoned in prolonged struggle; well advanced in knowledge; they are sensitive of self-dignity and conscious of their rights; obviously, the Jumma people cannot accept the unjust rule, exploitation and hegemony. The Jumma people are in their firm conviction to crush any conspiring design and atrocities of the ruling class. Nobody can have the right to snatch away the ancestral lands of the Jumma people and their right to self-determination on any logic and plea. The demand and movement of Jumma people are righteous. Hence, come forward! On the 38th Death Anniversary of M N Laema and National Mourning Day, let’s build up steel-hard unity and fraternity among the Jumma nationalities; stand against the conspiracy and suppression-oppression of the ruling class and stride ahead with the Greater Movement in irresistible speed to realize the implementation of the Accord and right to self-determination.